As we have seen, life in Becetto went on

In every little village there was a common oven,

where everyone had the right of making bread,

ratified on the ownership deed of the house. 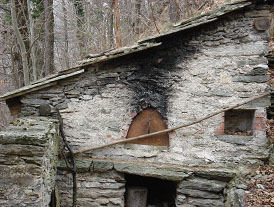 There were unwritten rules that were strictly observed by everyone.

The bread was made once in the year, generally in automn,

when the agricultural labours were less urgent and there was much free time. 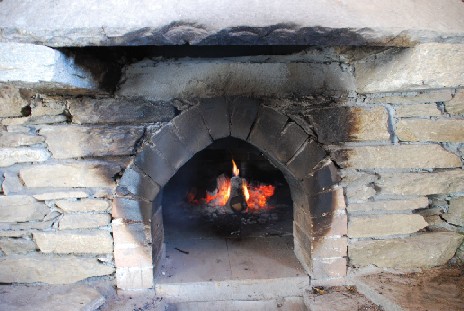 Then the bread was made all togheter day after day s

The first family that heated the oven, burned a lot of wood,

so the following year it had the right to make bread at the end.

Bread was preserved in proper shelfs with special expedients to shelter it from rodents.

As it was consumed at a distance of months, there was a particular tool, "the gral",

to cut it, but above to recover the crumbs and don't waste them.

Now all the ovens have been restored and they are in order.

At the beginning of August, there is an itinerant feast,

where tastings are prepared in every oven and are offered to the numerous partecipants.